Posted on 29 December, 2017 by Joe Vadeboncoeur | Leave a comment

When my kids were little, we played a game at dinner every night.

Because kids tend to not want to talk with their families (at least when they become teenagers) at the dinner table, we looked for ways to get everyone to engage in the evening.  We started with a no electronics at dinner rule.  That worked to some extent, but we still got a lot of shrugged shoulders or “I don’t know” answers to the normal questions of “how was your day, or what happened at school today?”  Eventually, we came upon a game that we played every night for years and years at the dinner table.  It turned out to be one of the highlights of our family time together.  We called the game Best and Worst, and over the years the game has developed a life of it’s own.  The kids friends participated in the game as well when they were young, and now when they are at our house someone trots out the game to this day.

The rules of the game were simple.  It was a game that the rules could be made up by the person who called the game that night.  Whoever called the game, not before all butts had sat down at the table – as that was outside the overall rules, got to make up the rules for that night.  Of course, since I invented the game, I often times changed even that rule if someone beat me to the game.  Just this past Christmas dinner with the kids and their significant others, we played the game.  It was a fun version. 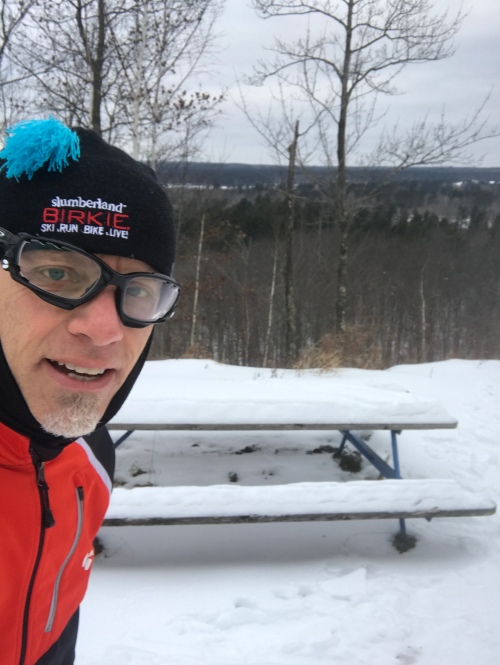 January 1 snow as far as you can see! 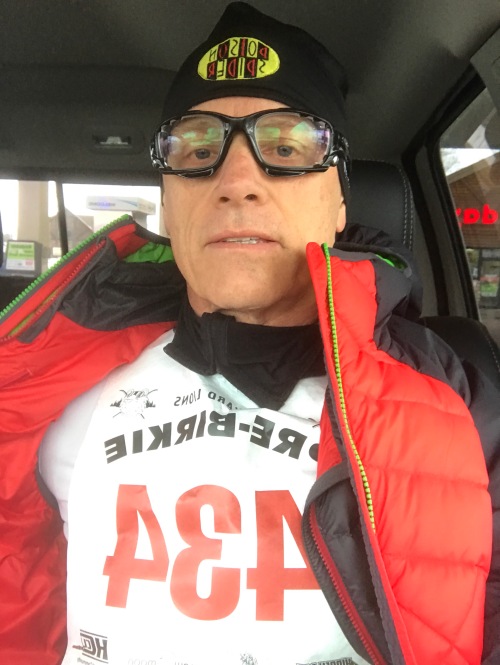 Pre-Birkie race 2 weeks before the Birkie.

On January 1, it looked like we were going to have a normal snow year.  Even 2 weeks before the Birkie at the Pre-Birkie, there was good snow.  Unfortunately, it rained and all went away just before the Birkie.  We found ourselves with an historic 2nd canceling of the race and unseasonably warm conditions across all of the upper midwest.  I guess this all qualifies as a Worst entrant into 2017. 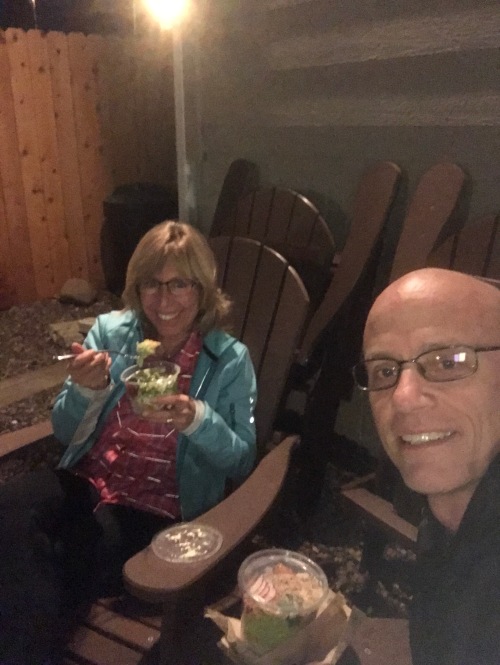 Liz and I enjoying an outside dinner in Madison in February. The Birkie didn’t have a chance.

Springtime brought a trip to Flanders for the race, Vienna for work and a couple of days there for Liz and I. 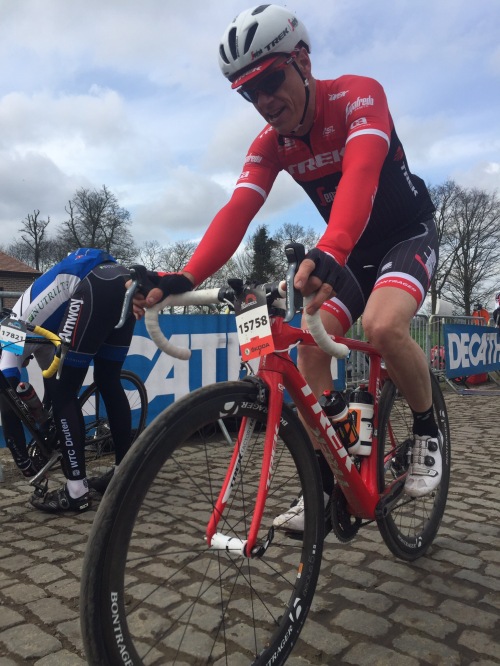 Flanders on the Koppenberg.  Some years you can ride it, others…! 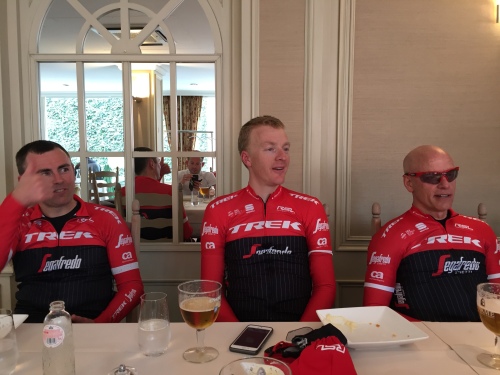 One more time with Shriver and Freddie at the RVV citizen ride. Maybe the last time I will get to, but it was sure fun. (This is post ride and post plates of frites in Oudenaarde.) 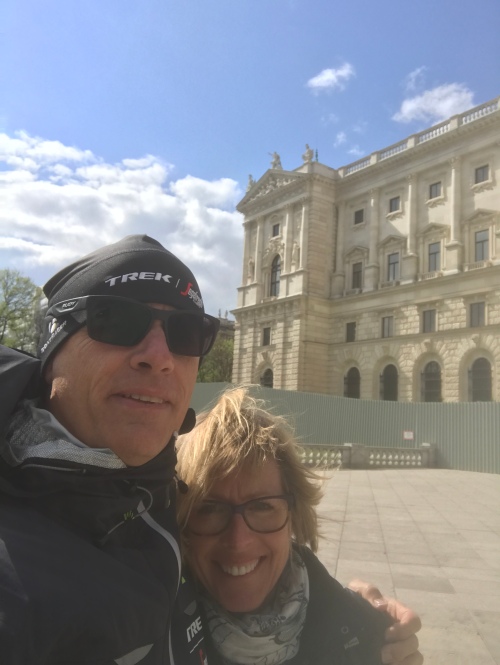 We went to the Giro for the first time.  Got to see the future with Tom Dumolin as he dominated the race.  The mountains are just incredible in northern Italy.  The race is way better than the TDF as far as an event to go to. After the race, we traveled up to Amsterdam where we saw Eddie play solo, then home. 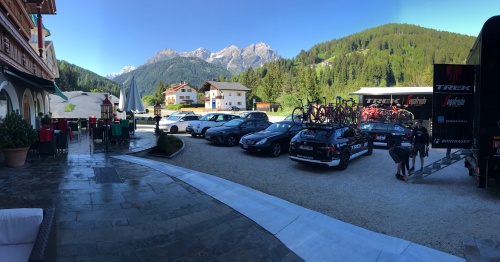 First time to the Giro for us. Mountains there are beautiful. 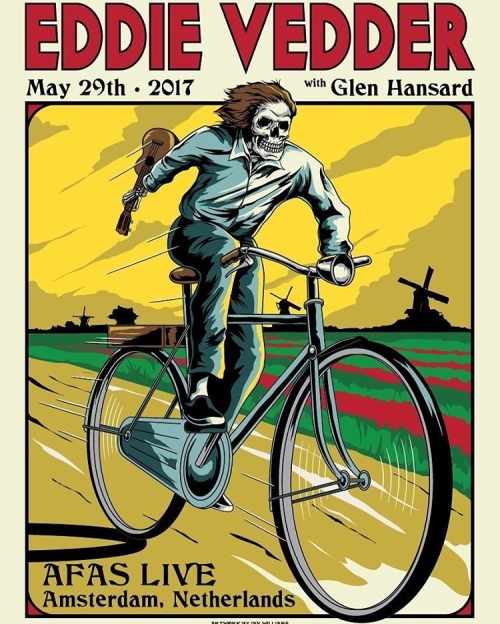 We made it to Amsterdam to see Eddie play solo.

So far, those are all pretty good things.  There were a few bad things that happened in 2017.  I ended up in the hospital with a bad infection that I could not seem to kick.  It all worked out in the end on that point, but it wasn’t fun.  Unfortunately, the bad events with cars and bicycles keep happening, and the world lost Nicky Hayden to a bike and car crash. 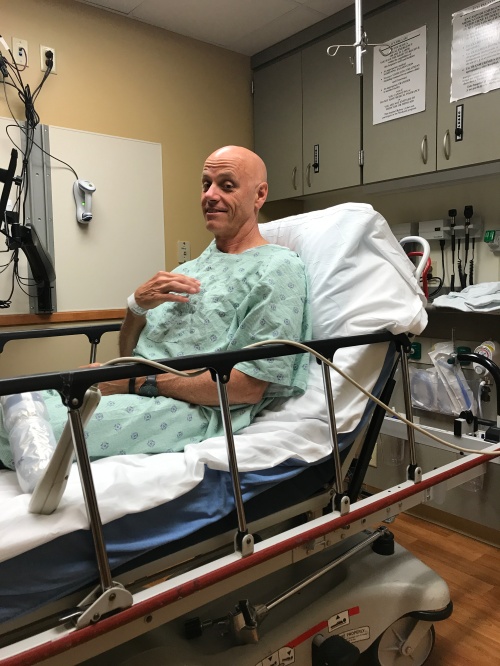 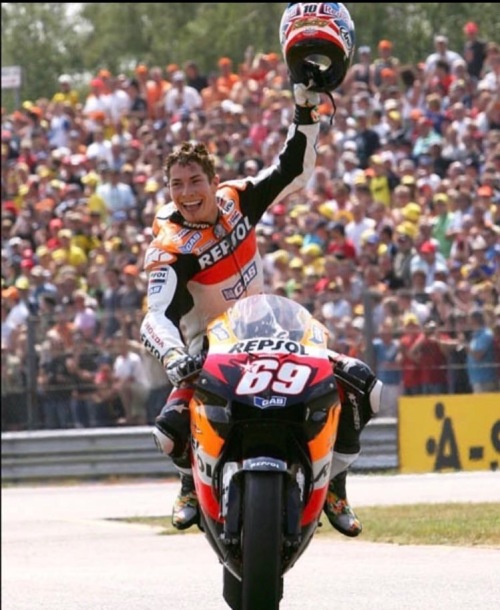 We will all miss Nicky Hayden. 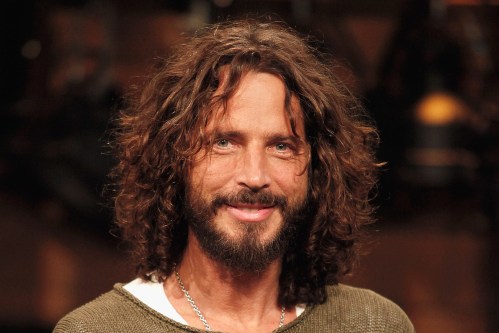 The world lost so many great people in 2017. Chris Cornell has to be up near the top of the list.

Summer came along and was overall pretty great.  Lots of family visits and bike riding and a bunch of other great things. 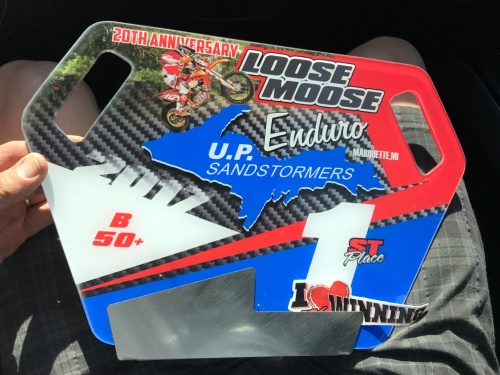 I finally made good on a motorcycle enduro. It has been years of trying, and I usually screw it up somewhere in the middle of the race. 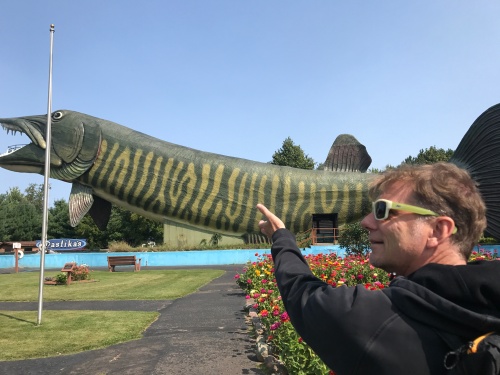 We have been wanting to go and visit the big musky in Hayward for a while. It didn’t disappoint. 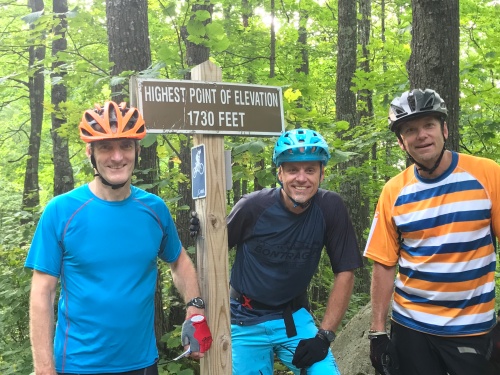 2nd ride with my brother this summer. This time in Hayward, and the bonus is also with my friend Todd Johnson for the first time we have ridden together in 20 years.

Fall always rocks in Wisconsin.  We had plenty of great fun this year by adding a MTB trip out to Utah.  We saw Hanna and Adam, and had an announcement that we will be grandparents from Ali. 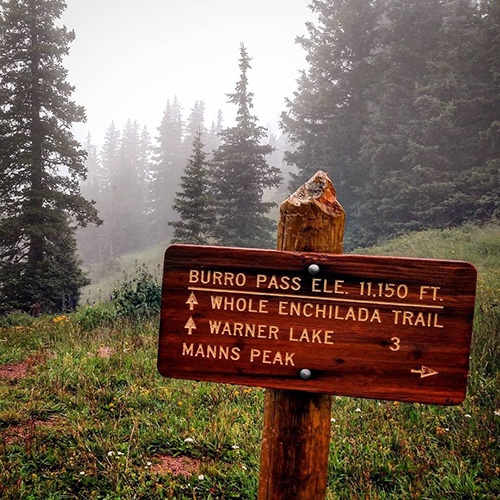 After a lot of years, I finally got the Whole Enchilada in. The ride does not disappoint. 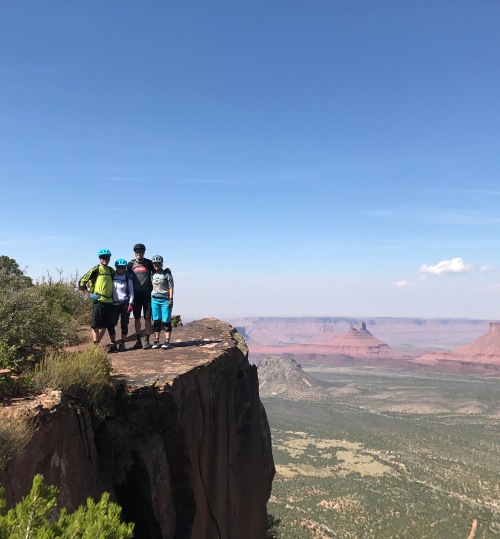 Unfortunately, Thomas crashed the day before and could not do the ride with us. But, Hanna, Adam, Liz and I made the best of it. 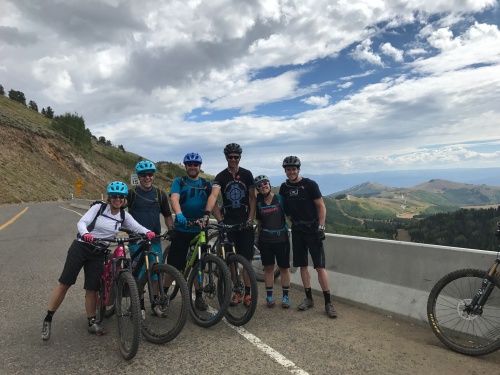 I also got to ride with one of my great friends in Utah. This is the whole family (minus Ali) with Art at the top of Guardsman Pass in Utah, about to head down the Crest trail. 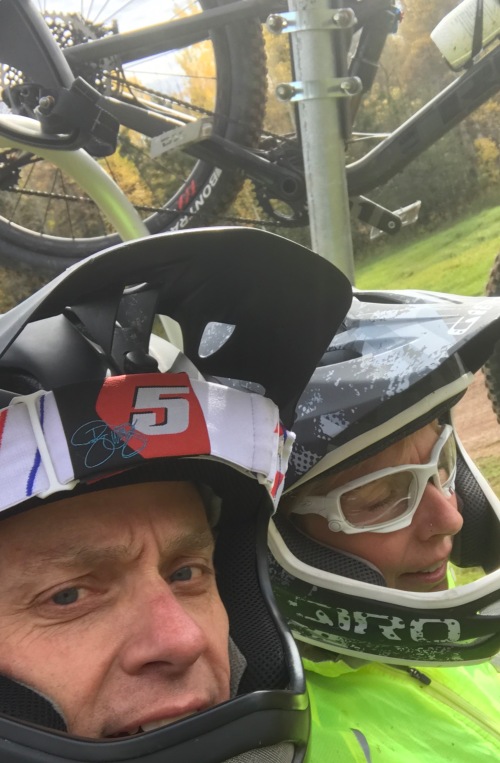 Liz and I on a MTB date to Duluth to do a day of lift served riding. She is ignoring me. 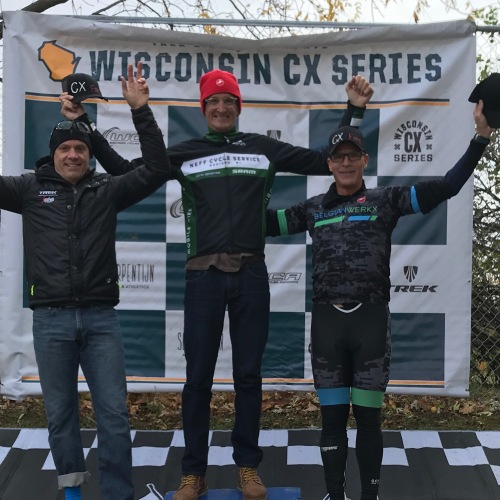 I only did a couple of Cyclocross races this fall. But did manage to get the podium on 2 of them. 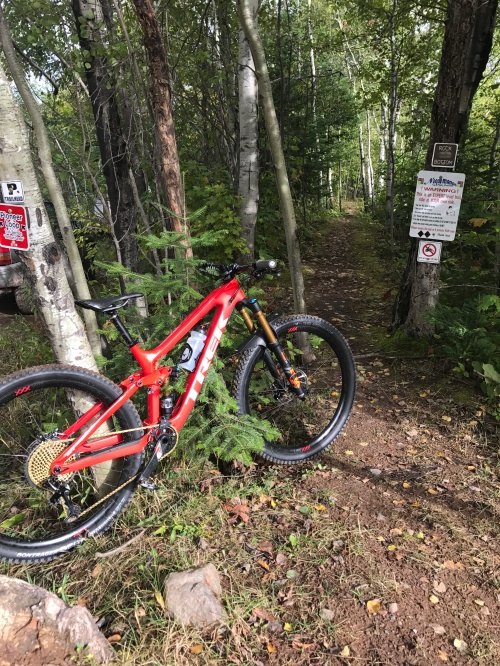 The Marquette Enduro does not disappoint. 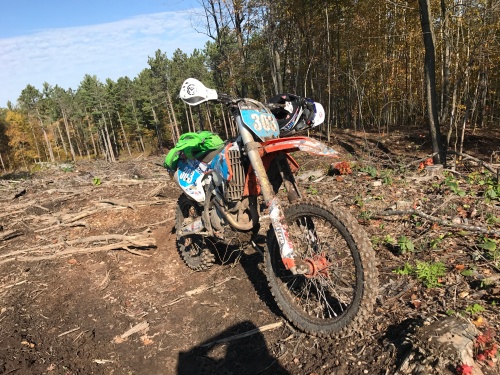 A great fall trail ride with the gang in the northwoods. 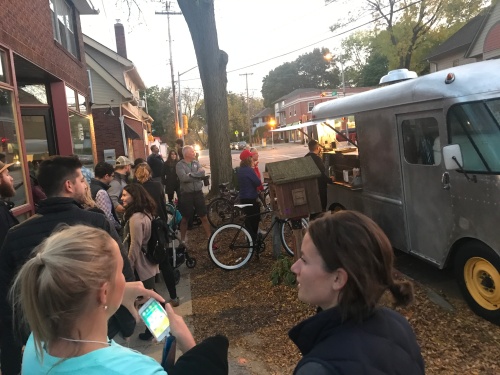 Last day of my favorite taco place in Madison. El Grito taco truck. Yes, that is a line. 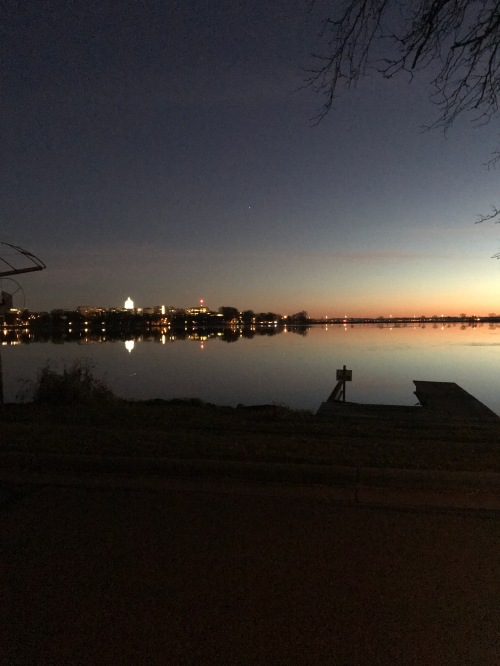 My newly unemployed status allows me to experience Madison a lot more. It is a great place.

Birkie training is in full swing. 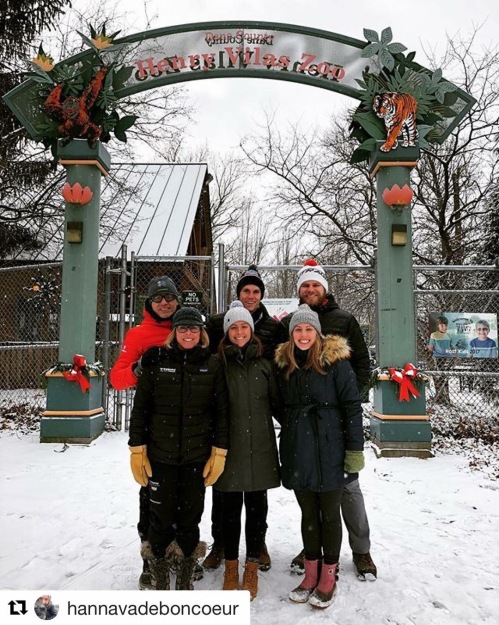 Christmas in Madison with the whole family. Ali (4 months pregnant, which means I am soon to be Grandpa Joe), Thomas, Hanna, Adam, Liz and I. The zoo is closed folks, the moose out front should have told you. 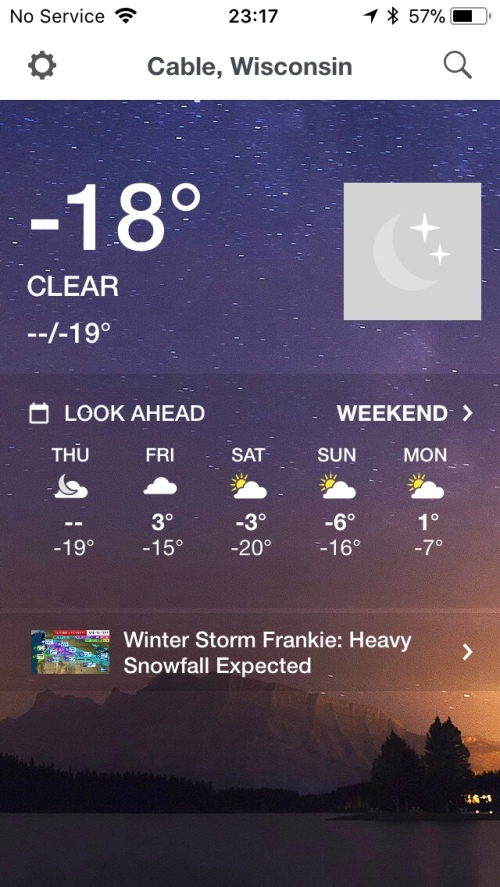 Birkie training is tough in this weather.

All in all, 2017 was an awesome year with just a few things that did not provide a great experience.  Feel pretty blessed to live where I do, with the people I do and have the opportunities I have had.