It is the heat that makes it so hot!!!

Posted on 25 January, 2017 by Joe Vadeboncoeur | Leave a comment

Last weekend I did a ski “Tour” on the Birkie trail.  What the hell is that anyway?  Ok, it was almost a race – not really but yet.  We skied pretty much at a certain time, we skied over the start line.  There was a timer.  There was a finish line…  So not a race, but pretty much the same thing.  I am going to call it a tour though, because that is what the sign up said.

I will skip right to the punch line though – I got trounced.  Liz completely destroyed me.  I crumbled so bad at about 35k.  Liz just skied away from me for the last 10km.  KaPow! She had fast skis, and I did not somehow…  She was gliding away from me on the downhills.  But, I will not make excuses.  I was way way off where I wanted to be.  I can confirm that seat 13A is not a great place to prepare for ski racing.  I have spent way way too much time in that space of late.

But, to get back to the title of this entry.  It was pretty cold on race day, about 5d Fahrenheit at the start, and cold again the next day when I was dropped at the airport in Duluth.  I took about 16 flights and about 53 hours later I arrived in Sydney.  When I stepped out of the airport, I was hit in the face with a wall of heat.  It was 100d Fahrenheit.  Yow, a swing of almost 100 degrees is hard to take in one short period of time.

Before and after. Dead feeling.

I was in Oz for almost 10 days.  It was hot, but glorious.  Sydney, Manly Beach, Melbourne, Adelaide, Brisbane, Noosa.  A tour, for sure.  Adelaide was to go to the Tour Down Under bike race.  (It was won by an Australian).  Sydney, Manly, Melbourne and Brisbane was all work visiting each of our retail stores in those towns.  Noosa (which I am told is where everyone in Australia wants to retire to) was to visit my friend Simon Thompson and to do an awesome MTB ride with the guys from Venture Cycles.

I had an awesome trip.  It was so good, I decided I needed to dance.  So, here it is.

Here are some of the things I learned while in OZ.

I guess you will not see these sweet rides in Australia any longer. RIP! 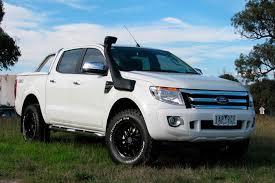 Trucks in Australia have these awesome snorkels, in case you need to drive through a river to get away from the crocodiles. Everything Australians do is so extreme!

Don’t go in the water in Oz!